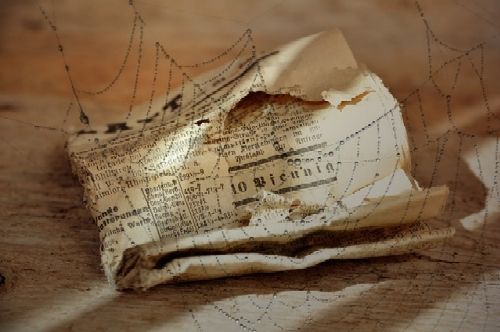 In the second part of the series, dedicated to quotes about the quality of Palugyay wines published in period newspapers and magazines, you can learn, for example, how they praised the cleanliness of Palugyay's cellars. Palugyay was even discussed in the Hungarian parliament. At the end of the nineteenth century, the Allgemeine Illustrierte Welierusstellungzeitung claimed that the Hungarian aristocracy did not even drink wines other than Palugyay.

The author of the article is enthusiastic about the technical equipment of Palugyay cellars:

The purity, which is the basis of every well-run cellar farm, is brought to such perfection that if you wipe any barrel with a scarf, you will not find the slightest trace of dirt on it. The visitor can admire the exemplary cellar operation, in which machines of the most modern construction work, saving time and effort. Machines that transport 100 to 150 buckets of wine per hour from barrel to barrel or send outside the cellar. Machines that wash two thousand bottles a day and others that stop two thousand. The fact that thoroughly washed bottles are rinsed with wine before filling is also a testament to how they value purity and conscientiousness. A huge steam device is used to clean the barrels, which prepares them to receive a new filling. There is a workshop for the production of smaller or larger crates for the dispatch of bottles, which gives work to several workers throughout the year. From the cellar, there is a wine pipeline under the street - a pipe through which wine is pumped directly from the barrels to the wagons at the adjacent railway station, and vice versa from the wagons to the cellar. "

The response of the Minister of Trade in the Hungarian Parliament to criticism of the opposition that the cause of weak exports of Hungarian wine is insufficient government activity:

"Mr Horn is certainly aware that Palugyay and his sons, whose wines can be appreciated in Berlin as well as in St. Petersburg and London, and which are exported overseas, have a model beer farm. So, when Palugyay and its sons are able to export their business interests to the country and, thanks to the right treatment of wine, export them all over the world, then in our opinion we need to examine the obstacles to more extensive wine exports from Hungary. In our opinion, this is due to the poor level of viticulture and the ignorance of wine producers as far as wine processing and treatment is concerned. "

Report on Palugyay's exposition at the Vienna World's Fair:

"As we learn, Knight Palugyay, owner of the famous Green Tree Hotel, a court supplier to several European and non-European rulers whose wines they drink in China and the West Indies, Mexico and also rich gold diggers in Australia, will visit the exhibition with his products of exceptional wine culture. matured in its magnificent wine cellars. Palugyay's wines have achieved a world reputation. In the circles of the Hungarian aristocracy, they hardly drink other wines. "

PALUGYAY: WINES ARE LIKE CHILDREN. THEY MUST BE RAISED.